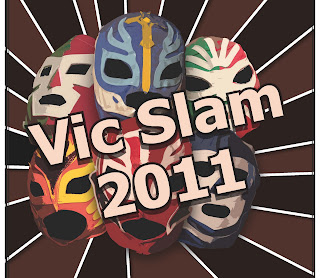 Wow - This has been THE best slam season ever. More poets than you can shake a stick at. More cheering fans than we have seats and more new beautiful poems.

It was well worth it.

And now we've done the maths (twice, because we're poets and not so good at the maths) and determined the top 12 poets advancing to the VIC SLAM FINALS.

And on June 16 five of them will rise to the top to become the Vic Slam Team.

Who will they be? That's for you to decide.